A special concrete mix was developed for this project using Firth Self Compacting Concrete (SCC).SCC is concrete that flows into place under its own weight and does not require mechanical compaction.

The trademark cobbled-looking surface of our Holland® Set from the Classic Collection gives you the ability to create a traditional stone look.For upmarket bespoke concrete driveways you can incorporate bands of Holland® Sets and mix and match textures.

Aggregates in our concrete are natural materials sourced and available from specific regional locations reflecting the local character of the New Zealand landscape.This allows you to achieve a bespoke finish every time.

Affordable concrete homes..way of the future

Anything built with concrete is built to last. This incredibly strong and versatile compound has been used for thousands of years and currently tops the list of the most used building materials in the world.

Anything built with concrete is built to last. This incredibly strong and versatile compound has been used for thousands of years and currently tops the list of the most used building materials in the world.

So it’s not surprising then that when the directors of Compass Homes and Monocast Ltd came across simple concrete housing utilising steel forms to create the walls - a method used throughout developing countries for economical replica housing - they could see value in developing this concept for New Zealand home owners.

Two years later Garry Shuttleworth, Director of Compass Homes - along with his partners at Monocast Ltd - have achieved their goal with the launch of the first concrete showhome in Huapai using steel form work and a specifically designed, self-compacting concrete mix from Firth.

“We wanted to offer customers a variety of designs, not just little boxes like you see overseas,” explains Garry. So, working with engineers and consultants to meet New Zealand Building code requirements, Monocast has developed a system that has a different range of form sizes that can be used in different combinations to create a house design to suit the needs of the home owner.

“Monocast have created aluminum formwork modules that are 2400mm high and range from 100mm to 600mm wide,” adds Garry. “Monocast launched this construction method through Compass Homes Rodney by building a showhome which we are happy to say is attracting a lot of attention.”

“We will be specialising in these concrete homes through our branch,” explains Scott Gordon the Licensee for Compass Homes Rodney. “This is a revolutionary design and it's the first of its kind in New Zealand.”

With addressing the current demand for housing very high on the priority list for politicians and Councils, Scott says the new concept can greatly assist this challenge. “New home buyers no longer need to fund a lengthy building process as we can move people into their new concrete home just 12 weeks after construction begins. It’s a 10-day process from when the foundations are created to the concrete house being totally formed with the insulation around the outside, complete with no joins.”

This innovative process means all of the internal and external walls are poured on site (in situ) in one solid piece. Steel reinforcing is used in the structural walls and, to ensure the concrete is evenly dispersed throughout the steel work, a specialised slump, self-compacting concrete has been developed in conjunction with Firth.

“Firth has been very supportive through this process and Dene Cook, National Technical Manager for Firth, was very knowledgeable and helpful when developing the initial concrete mix,” says Garry. “The concrete of course is a key factor in the design, so it was important to get that right from the start.”

The new concrete house design is naturally strong, fire-resistant, and waterproof, making it less susceptible to damage from earthquakes, fires and floods. "The thermal mass of concrete is also more efficient in retaining heat than conventional wooden homes which reduces the energy and therefore expense required to heat and cool your home,” adds Scott. “They are also great for those suffering from allergies as contain no organic material meaning they don’t support the growth of mould or mildew.”

“Another important factor for people to consider when looking at this option is that concrete homes require minimal maintenance and will last 200–300 years,” says Scott. “Using natural resources found locally reduces the construction carbon footprint, which lowers the cost for the homeowner and the environment.”

The new show home features an exposed section of the internal concrete wall which has been honed and sealed to create a unique, concrete feature wall.

The cost to build is always a critical factor for those considering the choice of home-builders and designs. Scott says that choosing a Compass Home concrete house doesn't have to break the bank. “The build price for the homes is little higher than a conventional build with the four bedrooms, triple garage structure costing around $480,000 - not including driveway or grounds. But the initial investment is worth it due to the structure's energy efficiency, durability and its cheaper ongoing costs.”

"Traditionally concrete builds have been out of reach of the typical home budget, but the technology we bring to the table now makes it an affordable option,” says Garry. 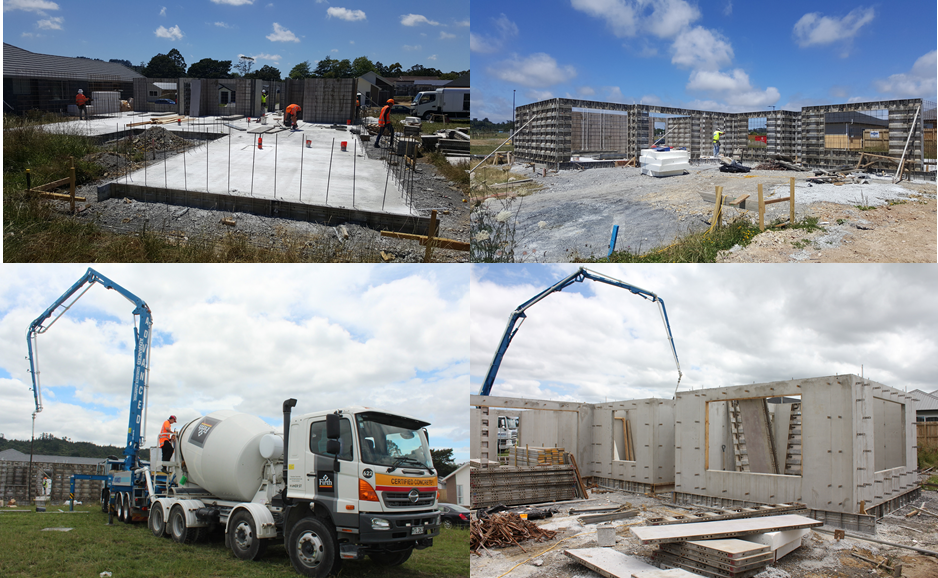 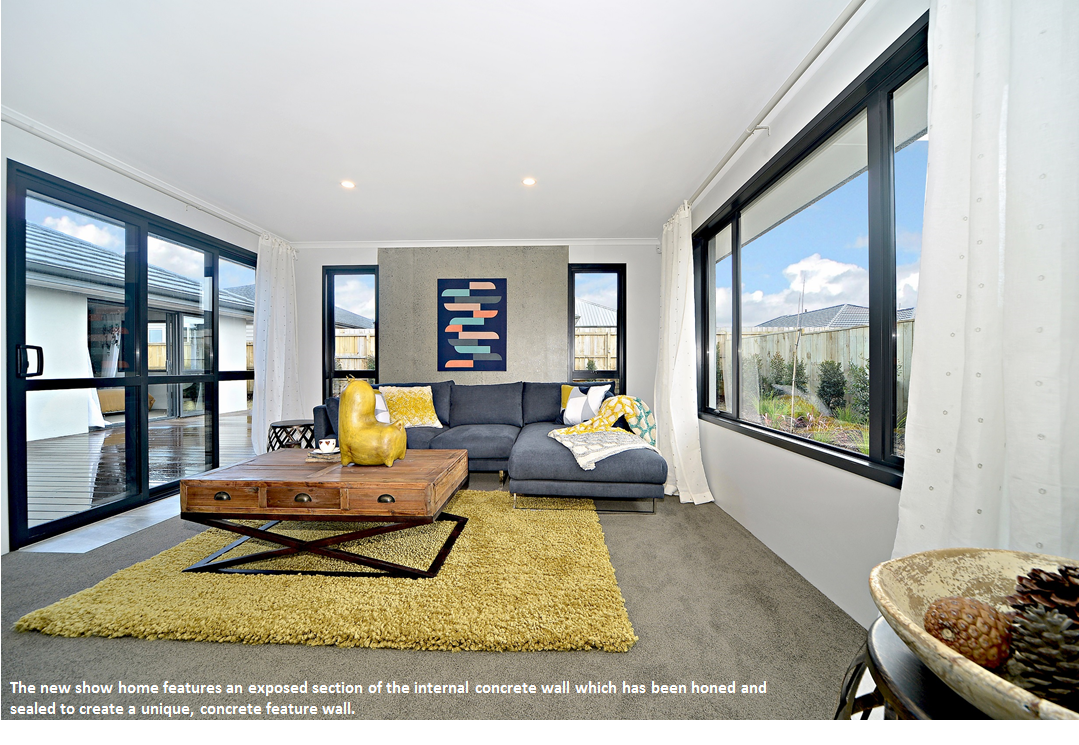 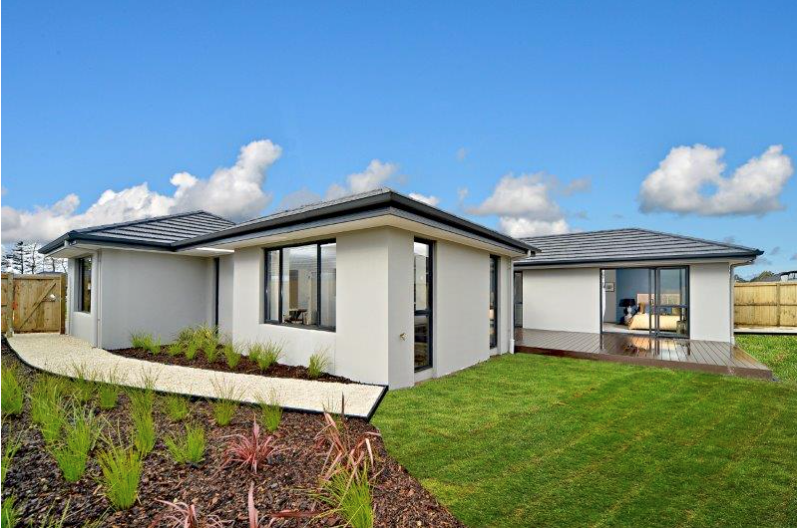 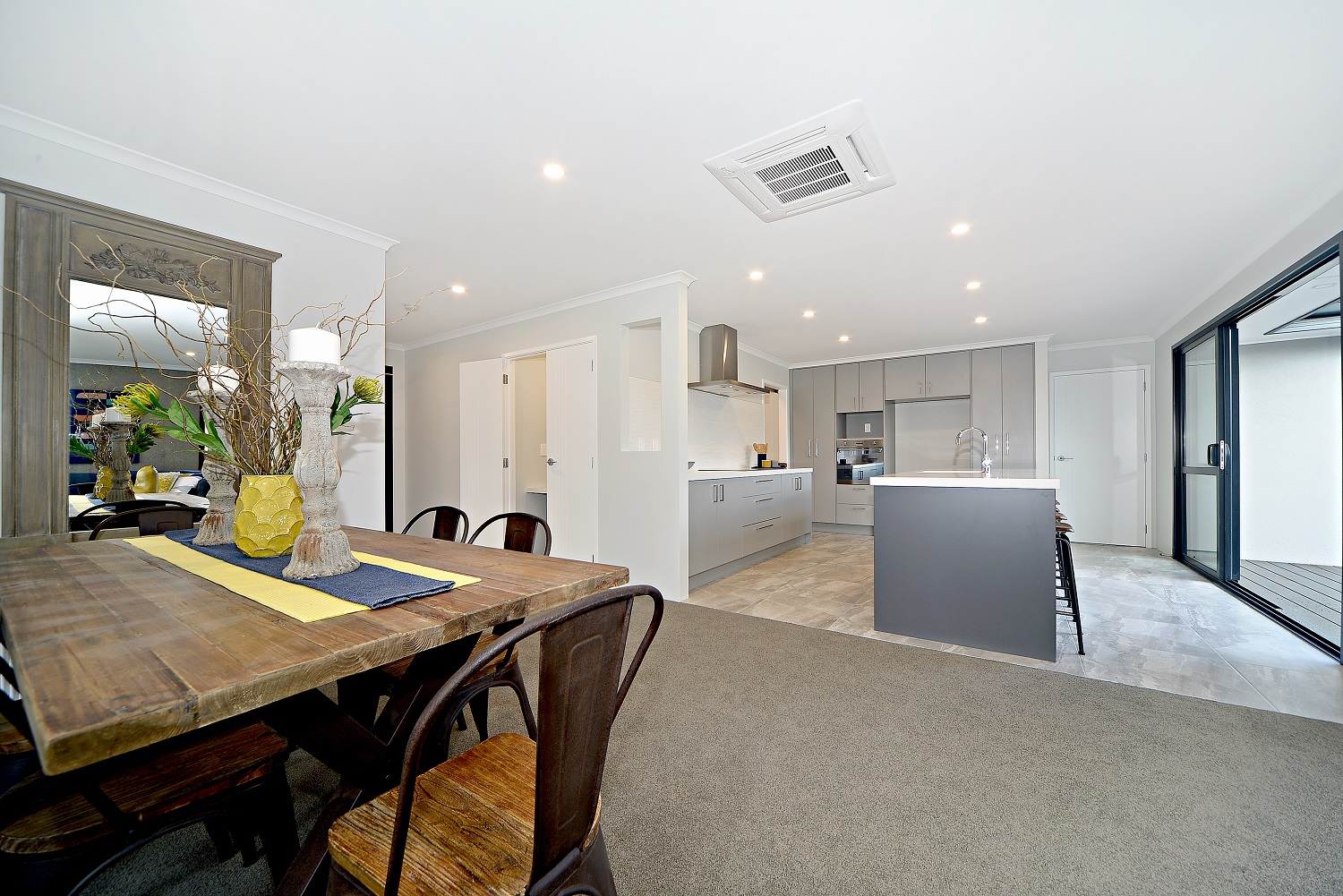 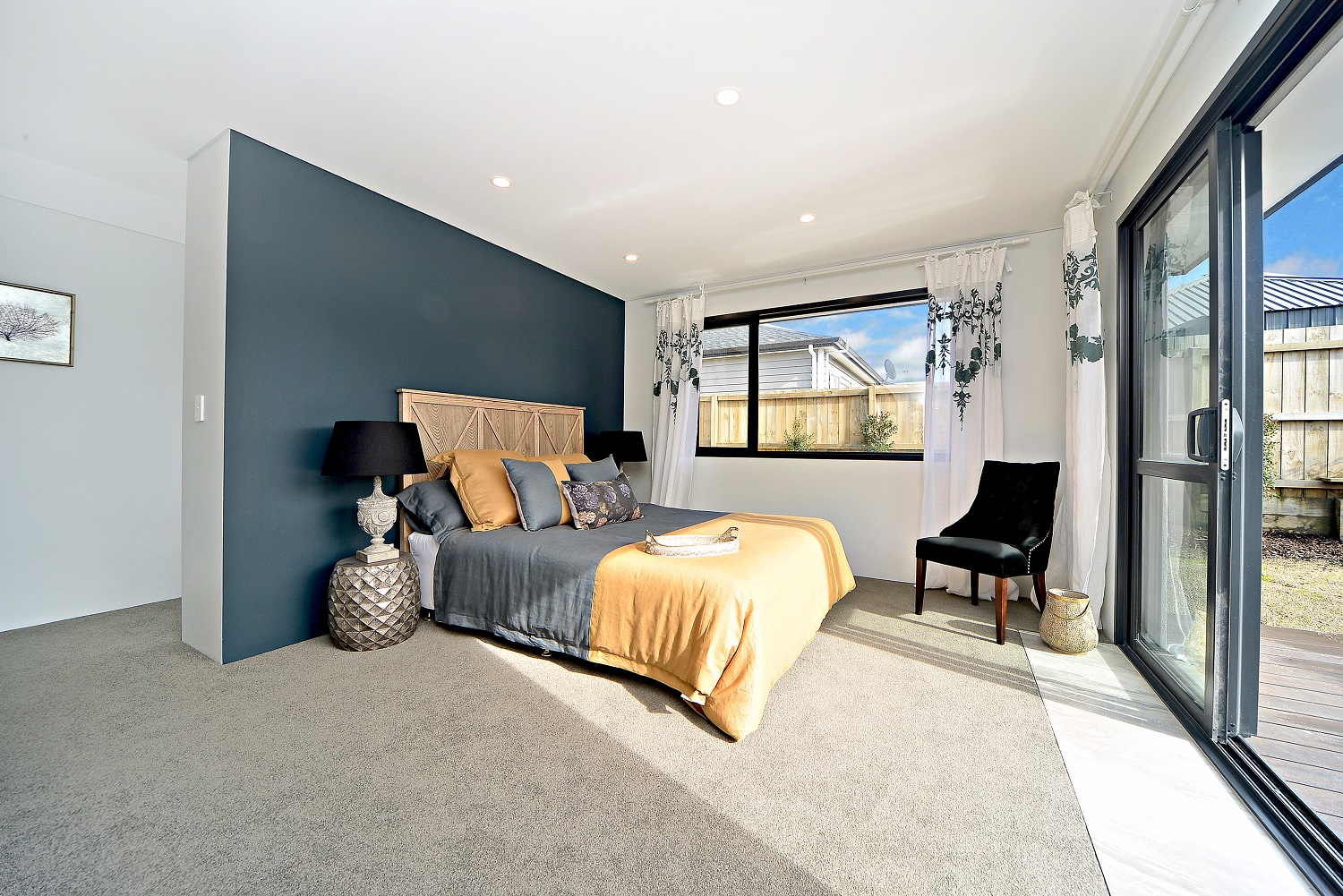