Scarbro Construction, who won the tender to construct the UoA Faculty of Engineering Structures Hall (Building 906), along with dedicated suppliers such as Firth, have invested more than a year in getting this unique building completed for occupation by the engineering department.

Scarbro Construction, who won the tender to construct the UoA Faculty of Engineering Structures Hall (Building 906), along with dedicated suppliers such as Firth, have invested more than a year in getting this unique building completed for occupation by the engineering department.

The four-storeyed concrete and steel facility houses the largest seismic testing facility in Australasia and will form part of the UoA’s Newmarket campus.

“This project is unique to New Zealand and is a huge step up from the original facility that the University had, so it was important that we investigated and researched the build ability,” said Michael Cairns, Project Manager for Scarbro Construction. “We worked with Australian firm Kane Construction who built a similar facility at Melbourne’s Swinburne University in 2011. This allowed us to discuss and compare building methodologies which imparted further confidence that our approach was comparable.”

The facility was built as two separate buildings converging only on the top floor to become a unified structure. For Cairns this enabled ease of management as two separate teams worked concurrently on what was treated as two projects for the majority of the build.

“Our brief was to produce a strong wall structure consisting of a two-cell, four-cell and 1m thick wall, and 600mm thick strong floor,” explains Michael. “The floor and wall structures would also include 1,273 cast-in steel sleeves at 500 centres - flush with the finished F5 concrete surface.”With so much of the construction in concrete Scarbro looked to long time supplier Firth for their concrete expertise. “We have worked with Firth for many years, most recently on the very successful ASB Building in the viaduct,” says Peter de Nys, Director for Scarbro Construction.

“We work with their Sales Manager Gavin Alden and various Firth plants around Auckland - we consider them part of our team.”

Concrete is the key ingredient in the build so Scarbro and Firth stuck with the tried and true mixes used on the ASB Building. “Why change what isn’t broken,” said Peter.

Due to the intricacies of the project four sample sections for each of the strong wall and the floor were poured to ensure that they got the formula and the method just right and to iron out any issues. The requirement to have 722 sleeves - cast the full depth of the slab - in the 255m2, 600mm thick strong floor meant that getting the sample sections right was imperative to the success of the project.

But it was the strong wall cells that were the test for Michael and his team. The core of each cell of the strong walls and floor is accessible via a small enclave through which researchers can crawl to adjust or attach bolts. A portion of the strong wall works in conjunction with the testing hall’s shake table.

The structural testing walls reach nine metres. This allows capacity, for buildings up to three storeys, to be earthquake assessed. Steel sleeves cast within these concrete strong walls and floor allow for fixings to hold the test structures in position.
The other side of the building consists mainly of office and teaching spaces. On the ground floor there is a timber conditioning room, a fog room, and there are timber workshop areas adjacent to the testing hall.  Level 4 at this stage will be left vacant for future development.

To complete the look the building is wrapped in a combination of unitised curtain wall glazing, precast panels and accoya timber vertical shiplap cladding.

“There is 1664m3 of concrete in this structure all poured insitu, including the walls,” explains Gavin. “With a considerable amount of form work used, the pours were quite involved for Scarbro. We did everything we could to assist them. We have worked with them for years so we know them and they know us. It’s more of a collaboration than a supplier-customer relationship. It works well.”

“It was a very involved project,” adds Peter. “Michael lived and breathed this project for over a year. It means we can look at this project and be very pleased with the outcome. I am very proud of my team and very happy with the finished structure.”

The engineering department of the UoA started moving into the state-of-the art facility in mid February. 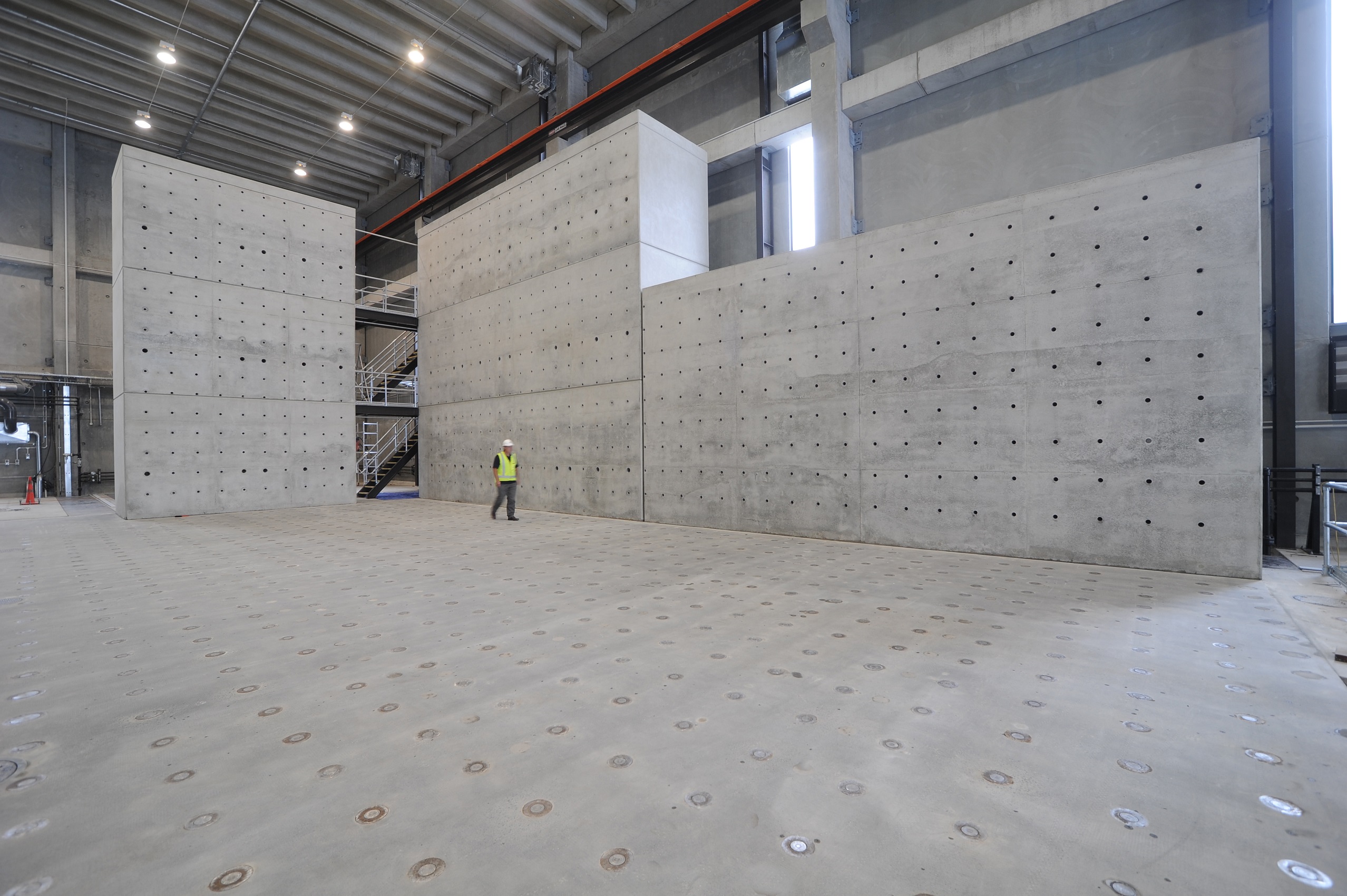 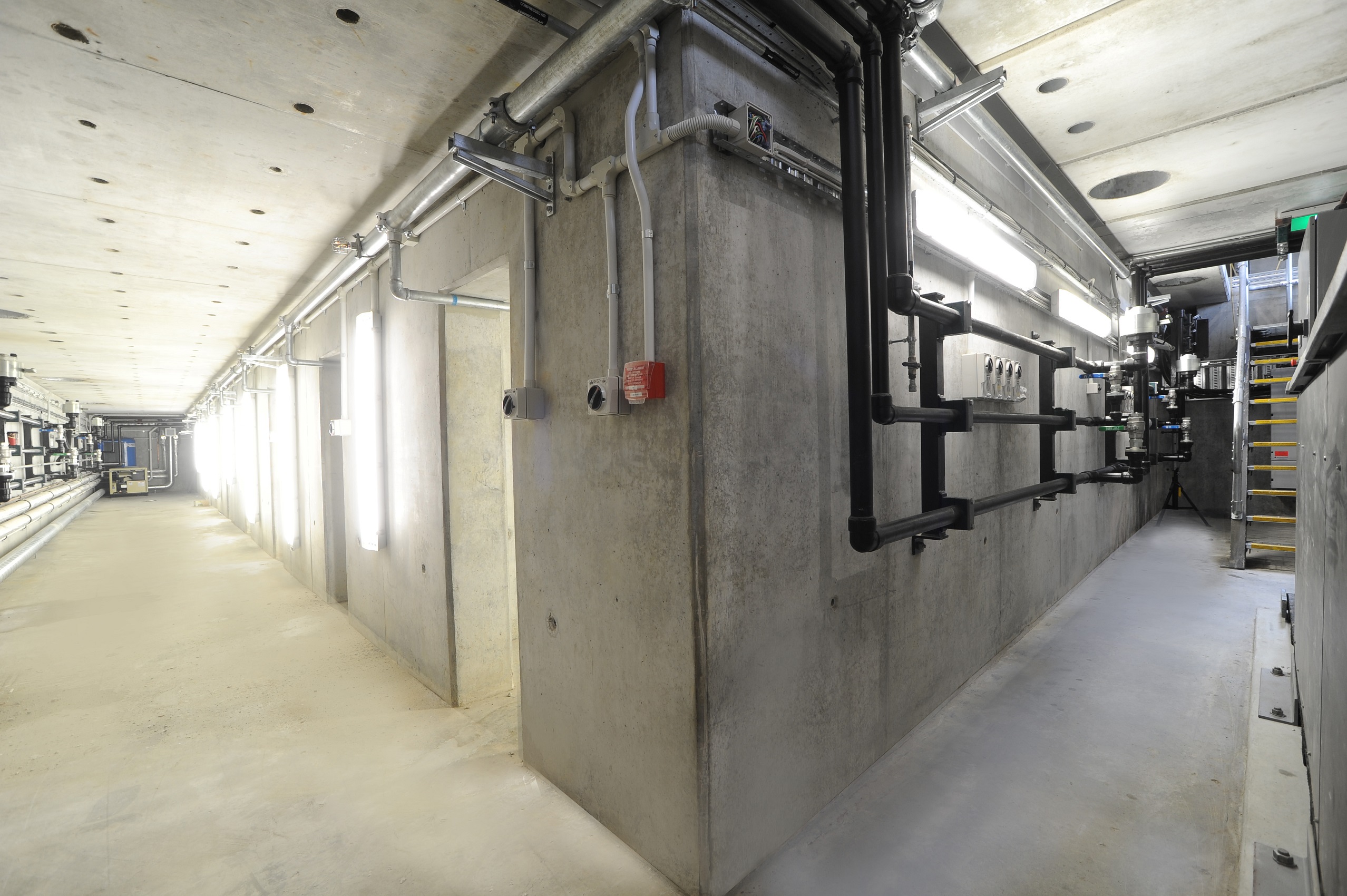 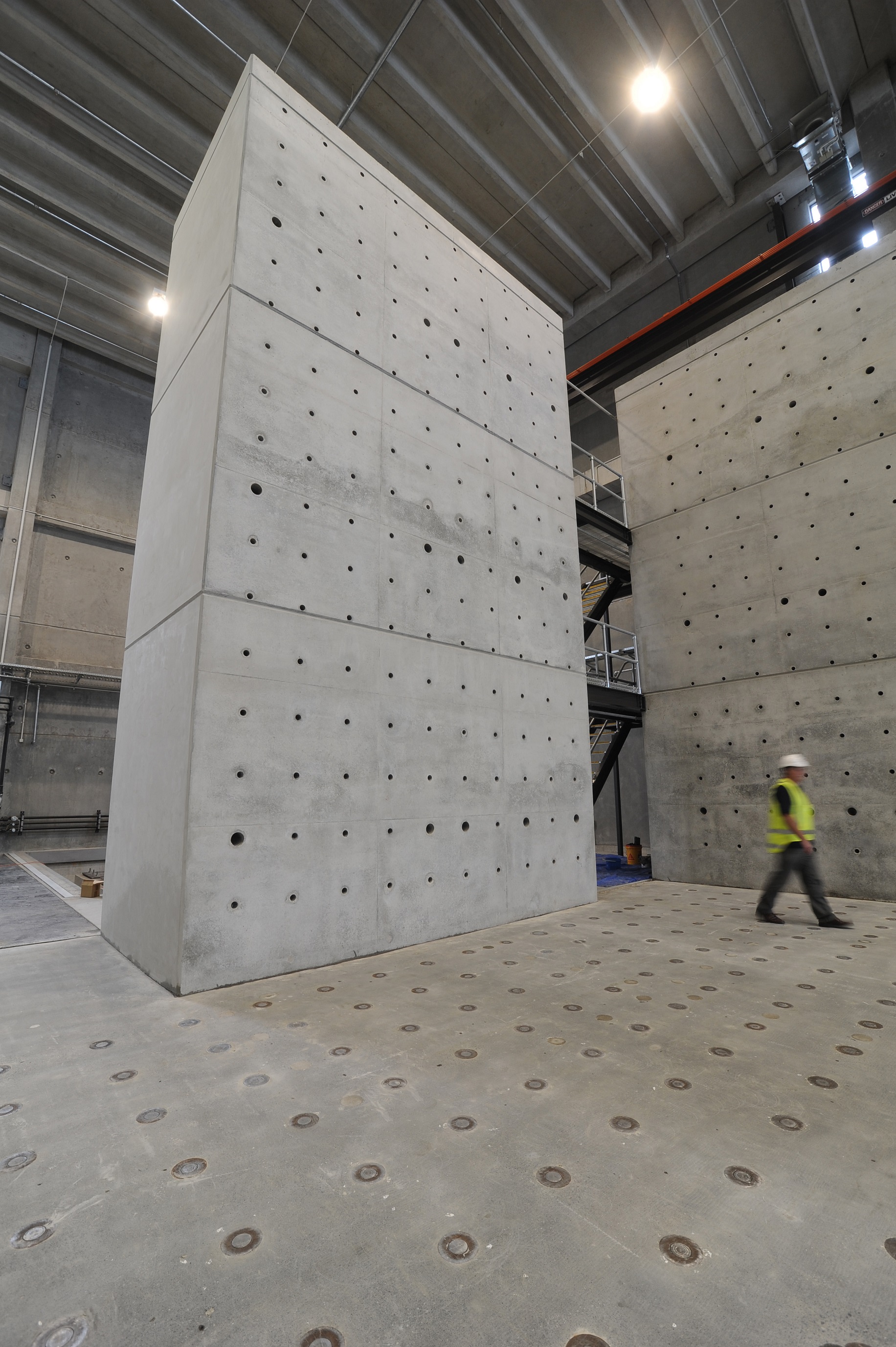