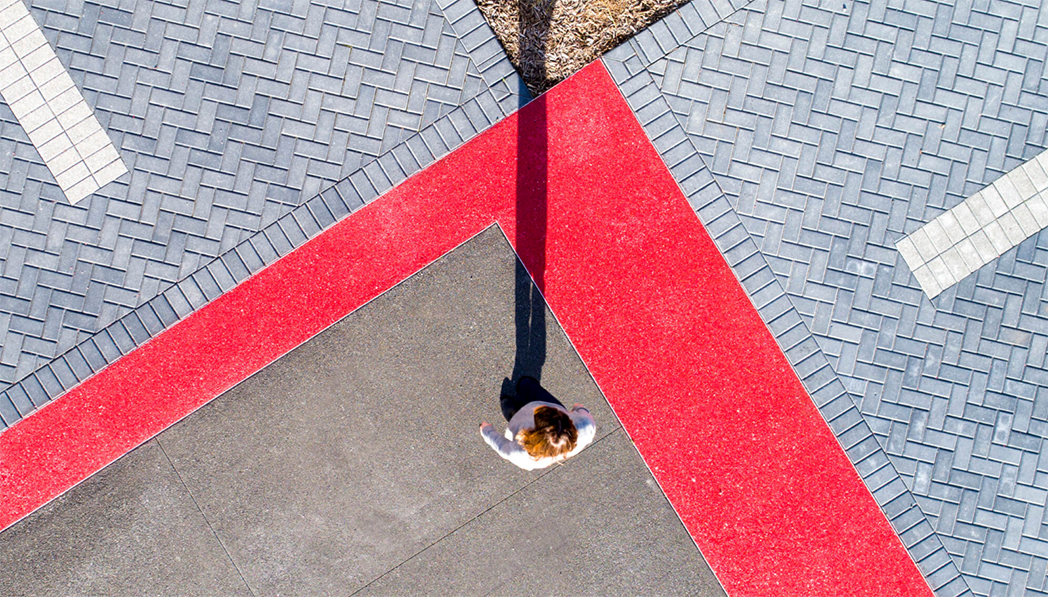 The 2010 and 2011 Christchurch earthquakes took their toll on many parts of Christchurch, including Christchurch’s fire stations with seven of the city’s full-time facilities significantly damaged. As part of Fire and Emergency New Zealand’s (FENZ) $50 million post-earthquake rebuild, four of six planned career stations have now been completed – Spreydon, Wigram, Woolston and Redwood – along with Anzacs composite (career and volunteer combined) station and Lyttelton's volunteer station. Goom Landscapes was entrusted with the re-design of the exterior of the fire stations which has included the use of Firth products more often than not.

“We have designed all of the new fire stations for FENZ in Christchurch and have undertaken the hard and soft landscaping of the Redwood, Lyttleton, West Melton and Woolston stations,” says Anthony Washington, Director of Goom Landscapes.

“We used Firth’s pavers to identify the carpark areas from the main yard space,” says Jessica. “We also used the pavers in the main space where we aligned them with the appliance doors to help guide the vehicles into their bays. This is a particularly tight site so the brigade has to back the trucks into the appliance bays compared to all other stations we’ve worked on where they drive in one side and out the other.”

Jessica says the carpark pavers were specified at 80mm thick and were laid on compacted base which makes them easier to install with less concrete required. It also makes it easy to pop out and replace a paver if need be. The pavers laid in the main yard were placed on a concrete base as the entire yard where the appliances twist, turn and park most of the time was detailed to a heightened concrete thickness of 175mm and strength of 30MPa.

Des Dobbs, Construction Foreman for Goom Landscapes, talks about working with Firth and the coordination that was required for the large pour for the station’s forecourt.

“When we are awarded the construction work as well as the design we use Firth whenever we can,” says Des. “We have a long standing relationship with them for concrete and paving. In fact we have our own ‘Goom concrete mix’ which is an exposed aggregate mix with black oxide as the concrete for the fire stations can’t be too light because it can create glare.”

“There was considerable coordination with Firth for this pour as we needed to make sure their trucks weren’t held up going through the Lyttelton Tunnel because sometimes the tunnel is closed to allow for port traffic movements. So we organised an early start with the pour starting early at 5:30am and we were done by about 8:30am.”

“It was a nice for my team to be recognised for their work on this project with the award wins,” adds Anthony. “Thanks to Firth for their help with the large pour and their help when we need it.”

Operating 24/7 to fight the major Port Hills fires the week before it was officially opened in mid February 2017, Lyttleton Fire station proved itself worthy, operating perfectly right off the mark. Working with Firth and their products

“When it comes to specifying the insitu concrete for the fire station rebuilds the contractor can source it from wherever they like provided it follows the MPa and oxide mix specified by the Civil Engineer,” says Jess. “However when it comes to the paving products they are specified by us in the tender and construction documents. They can’t be substituted without our approval and to date no one as tried.”

“Not all of the fire stations have concrete pavers in them, but the majority do. All have extensive areas of insitu concrete yard space due the nature of the use of the spaces – they all require large parking, wash down stations and manoeuvring areas.”

Jess says that each of the stations’ landscape designs have different layouts and are in a variety of settings from urban, through residential to rural. “We do try to reflect these differences in the landscape design. However we also try to bring some commonality into the designs to unify the stations and using Firth products is one of the ways we can do this.”

“We choose Firth pavers, and concrete, as they are tried and tested products. Personally I’ve been specifying Holland pavers since 2000 and continue to do so today using the updated colours and finishes available. We’re particularly keen on the Holland Set, honed finishes and the Piazza range. It also helps that Firth have easily available specification sheets that we need for local authority submissions to prove non-slip compliancy etc.”