Firth mobilises for supply to new wind farm in Taranaki 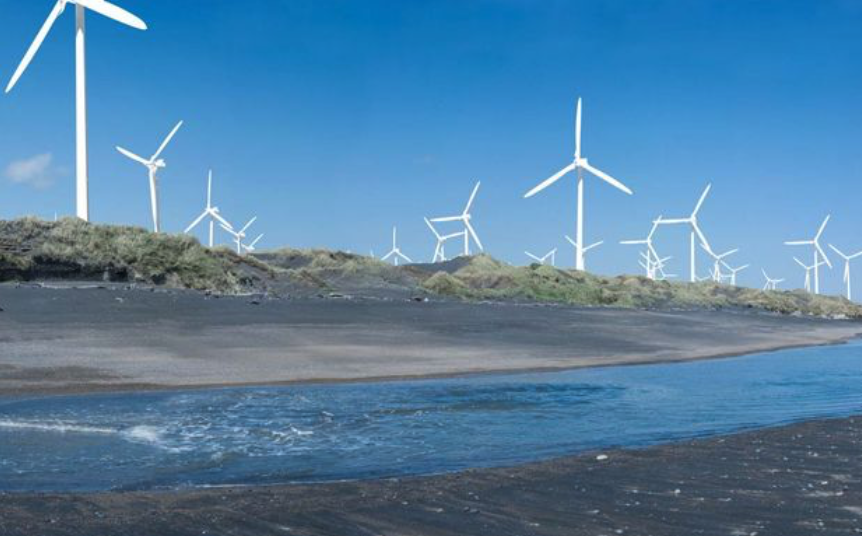 Wind energy is globally recognised as one of the most sustainable forms of electricity generation and New Zealand’s topography lends itself to the generation of considerable amounts of wind, often in remote locations such as the site of what will be the country’s newest facility, the $277 million Waipipi Wind Farm near Waverley in South Taranaki.  But such locations are not always conveniently placed near the infrastructure required for construction, which is why Higgins Contractors made contact with Firth when they were awarded the civil work, for the preparation and construction of the foundations, for what will be 31 turbines.

“When we started discussions with Higgins over supply to the new wind farm they were quite specific in wanting one main plant, with a back up plant, and with the combined capacity to produce 100m3 per hour,” explains Dominic Sutton, Head of Southern for Firth. “We do have two mobile plants. One a ‘Con-e-co’ plant that was previously located at Auckland Airport, which was superseded by a brand new plant in 2018, and a smaller ‘Gough’ plant that was last in use at Clarence river in Kaikoura for the rebuild.” “As the bases were going to be very thick Higgins also requested a cement/flyash mix to help reduce the temperature of the concrete, which required both plants to have an extra silo fitted for the flyash,” explains Ian Morby, Project Manager for Firth, who was responsible for the installation of both plants, the stock bays, flyash silos, water tanks, admixtures and wash out pits.

“We worked with Aaron Charteris, Area Manager for Firth and Ian to make sure the two plants were set up as we agreed for the big pours that were to come,” says Jarrod Franklin-Browne, Project Manager for Higgins Contractors. “Everything went well without any issues.”

Both plants were refurbished and installed at the wind farm site for the commencement of site works in October last year.

Aaron insisted that bays be built on site that could stock enough aggregates and sand to complete two pours, which were estimated to be anything from 400 - 500m3 each. “It was important that we were able to offer uninterrupted supply to the Higgins team on the day of the pours and not be delayed by trying to get materials to site on the day,” explains Aaron. Total materials on site before the start of each pour are:

Water:100,000 litres – with no water mains on site, all water is brought in by tanker by the Hawera Fire Brigade and pumped into 30,000 litre tanks.

To date 10 pre-foundation pours and seven large base pours have been completed. Each of the large pours have been in the vicinity of 430m3. Helen Cheyne, Certified Supply Manager (Taranaki) for Firth explains how her team are managing the additional workload on top of normal demand. “We have three full time staff working on site. Stewart Hartley who is the Stratford Plant Supervisor runs the Con-e-co Plant and Don Fergus runs the smaller Gough plant which interestingly he also ran while it was located in Kaikoura for the rebuild. We also have a Lab Technician on site.”

During the large pour days Helen says that she relies on the Firth network and is able to pull trucks from the Firth Hawera and Wanganui plants. “At the moment we only require eight trucks for each of the large pours as the bases are still quite close to the plants. On the day we also use two technicians to assist as five test blocks are required per 50m3 poured. We also have two loader drivers, one for each plant and a couple of people slumping.”

“From the first pour everything has gone really well,” says Jarrod. “Aaron and the Firth team have made sure there have been no issues. If we have any queries it gets sorted out. Firth are doing a great job and pushing to make sure everything is working well.” Feature Image: Artist's impression of what the wind turbines will look like from Whenuakura river mouth.