The Red House – as featured on Grand Designs 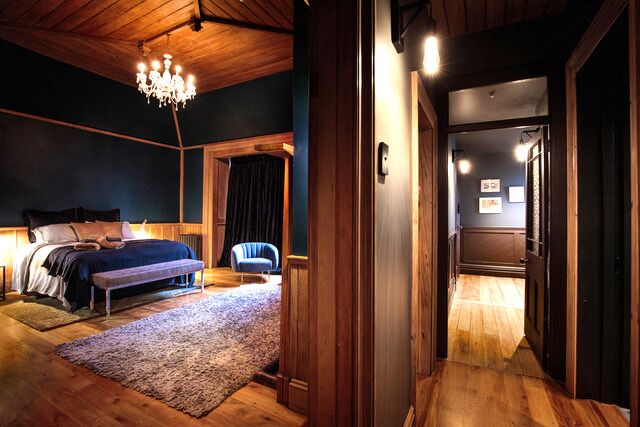 It took them more than four years, but Johannes van Kan and Jo Grams of Christchurch have finally completed their post-earthquake rebuild - the restoration and construction of a new wing of Christchurch’s historic *Red House. After many challenges and a number of redesigns, their pride and joy is now ready to take on its new life, safe guarded by Firth’s RibRaft TC3® concrete slab - designed after the earthquakes for rebuilds on TC3 land.

The now complete the Red House is in use as a bed and breakfast with the family living in the new wing.

The couples’ first home, the superbly restored former Lyttelton Library building, was so badly damaged in the 2011 Christchurch earthquake it was eventually demolished. The building was not only the family’s home but also a gallery for Johannes artwork. “We were devastated and heart broken to loose our Lyttelton home,” says Johannes.

The couple, who have an obvious passion for historic buildings, then spied The ‘Red House’. “I remember always being curious about the red house because it was so mysterious,” says Johannes. “So for us it was fortuitous that after the earthquake it became available, as the previous owners hadn’t insured it and it had been damaged by the earthquake.” The couple say that they looked at the building and saw the possibility of creating both a home and business space. “We fell in love with the feeling that we got when we first walked in as it really reminded us of what we had lost,” says  Johannes. “Future proofing and protecting this building, and anything new we built to go with it, was extremely important to ensure we didn't go through what we had with the loss of the Lyttelton building.”

Getting to the final design was not an easy task for Johannes and Jo who formulated several designs which were not achievable inside their budget. Eventually they settled on a plan that complemented the existing dwelling but also gave the couple a modern, simple space for their family.

“Our original design, which is closer to our final design, went 50% over budget so we shelved that for a while and talked to a new architect. The second design was also far too expensive.  We ended up taking the original plan to a draftsman and he said we should talk to an engineer. That's when we were introduced to Firth’sRibRaft TC3® foundation system.” “We also knew someone that worked at Firth who told us about the jackable foundation system and that we should definitely consider it. Coincidentally the engineer also recommended it.”

“The redesign included an internal foundation around the interior of the old structure to strengthen it,” says Johannes. “Both the old and new buildings are also separated. They have a 5-10cm gap between them which was required to allow them to move independently without affecting each other, if there was ever another earthquake. It’s been built in such a way that you can’t tell there’s a gap between them.”

The new extension has been built on Firth’s RibRaft TC3® concrete slab which features two slabs that can be separated and jacked back up to level in the case of land movement in an earthquake.

With construction completed Johannes says that with the simplicity of the design they chose to paint the interior black inspired by traditional photo albums where the black pages are just a backdrop for what's on the page: in this case their artwork.

The atrium linking the new with the old is fabulous, an artwork in itself. Another striking feature is the all-black kitchen with its high shelving, plants, matai flooring and table.

“In the end we got a building that we love and we feel very safe in,” says Johannes. “The idea of the new building was to complement the old and to keep it simple. The concrete foundation has also been useful as we could incorporate under floor heating and we have been able to tile it - which was something we wanted for the interior.”

“We love it. It’s very calming and quite special for us. We do feel safe here. And the Firth RibRaft TC3® concrete foundation is a key part of that.”

*What is known today as the Red House was originally named the Cranmer Club building built on the south-west corner of Cranmer Square. The first stage was constructed in 1864 with the building undergoing many alterations and changes over the years.